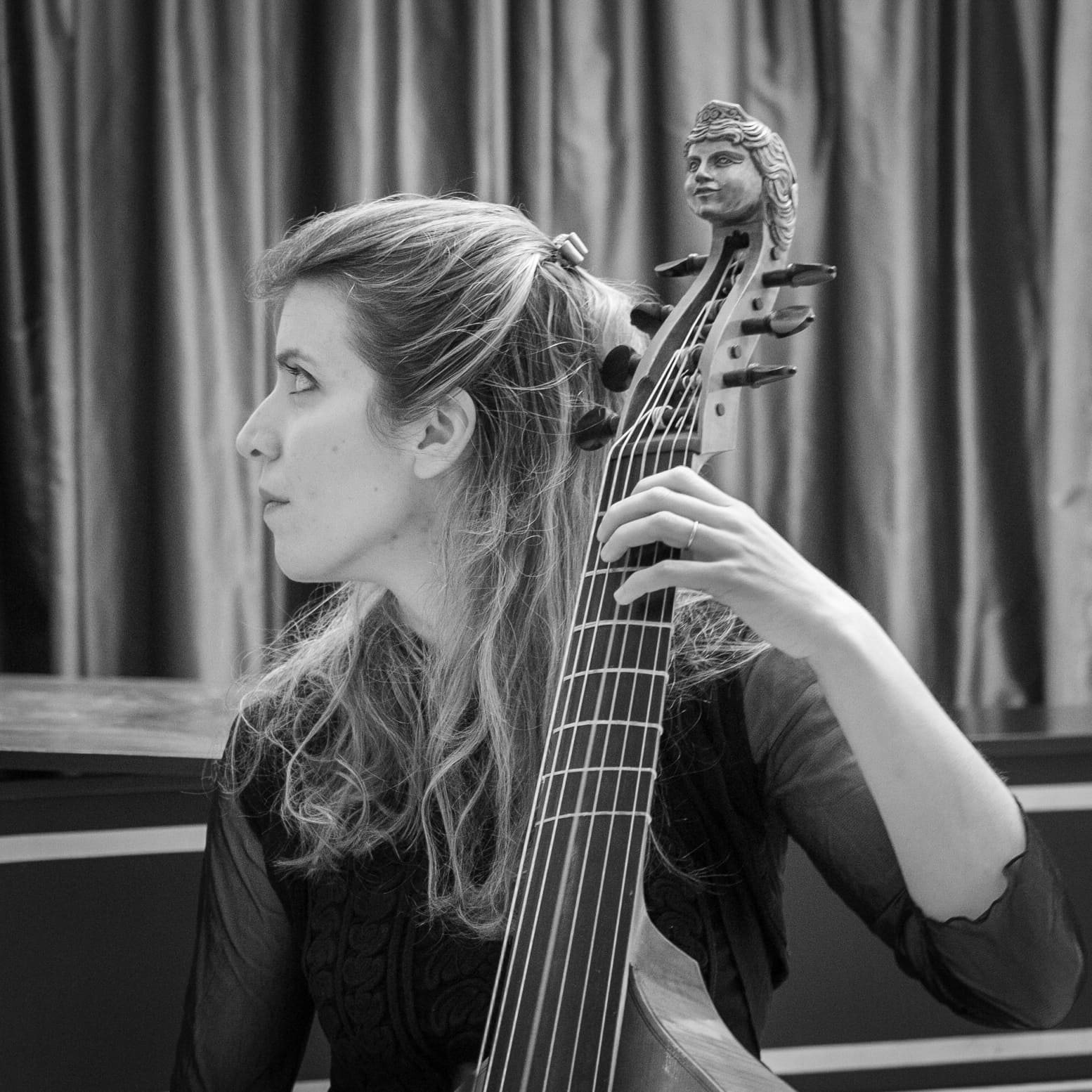 Silvia De Maria performs in Italy and abroad thanks to her shimmering sonority and the variety in her playing which shows a brilliant creativity. She is an eclectic artist whose qualities are appreciated by a lot of ensembles such as Les Paladins (Jérôme Correas), Cappella Mediterranea (Leonardo Garcia Alarcon), Ensemble Desmarest (Ronan Khalil).

As well as being a very active performer, she spends time doing musicological research. She has a diploma in musicology from the Roman University “Torvergata”.

She has taken part in the XIVth lecture organised by the Italian Musicology Society,

and she has published two sacred cantata editions composed by Italians at the end of the XVIIIth century kept in the Einsiedeln Benedictin monastery library (Switzerland).

Silvia De Maria is from Rome and she first started studying the piano. Then she discovered the viola de gamba and enrolled on a course at the “Santa Cecilia” Conservatoire in Rome.

Then she studied in Switzerland, at the Centre de Musique Ancienne de la Haute Ecole de Musique in Geneva where she graduated from Guido Balestracci master class for interpretation and concert. She has also received advice by Paolo Pandolfo, Wieland Kuijken, Pierre Pieztl and Marianne Muller.